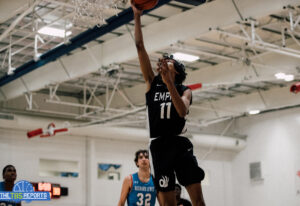 2022 Coppell 6’7 wing Ryan Agarwal had it going yesterday in a win for Coppell. The Stanford signee finished with 32 points and several boards in a tight contest with Mansfield Legacy. 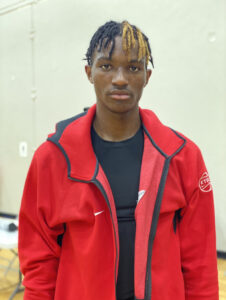 2023 Mansfield Legacy 6’7 F Isaiah Manning went blow for blow with Argawal in an excellent game vs. Coppell. He finished with 30 points in the loss. Manning picked up an offer from Old Dominion in the process.

2023 Birdville 6’4 G Gehrig Normand was a bright spot in defeat for his Birdville team. He finished with 21 points, scoring at all three levels and rebounded well.

2023 John Paul II 6’3 G RJ Jones is a tough shot maker, his ability to routinely make off balance jump shots are impressive. JP2 was down close to 20 points and he really got going trying to get his team back in the game. Jones has a scheduled official visit to Texas Tech this week.

2024 John Paul II 6’7 F Liam McNeely is such a polished young prospect. His ability to dribble, pass and shoot at his size makes him a complete mismatch at the HS level. He is very skilled but he’s tough and will compete on the glass and defensively.

2023 John Paul II 6’6 Wing Gabe Warren has been trending up this season and for good reason. The wing has great size for his potion, he plays hard, can make the open three and is really good as a slasher in transition. I like his potential as a 3 and D guy at a high level down the road.

2022 Birdville 5’10 G Chase Henderson finished with 23 points in the lost for Birdville. He shot the ball well and also showed great vision and accuracy with his passing.

2025 SGP 6’3 G Cameron Carroll was in complete control of the game. The young PG has great size, length, feel and plays with such poise for a freshman. Definitely one to track. 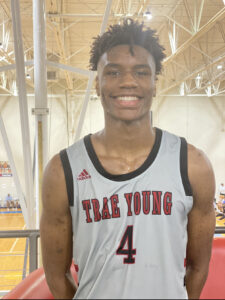 2023 McKinney 6’6 G JaKobe Walter continues to show that he’s a legitimate top 15 prospect in the country. He can score with the best of them. It’s his competitive nature that jumps out to you when watching him. He COMPETES on both sides of the ball.

2023 5’8 G Jacovey Campbell does so much more than just score. The quintessential point guard is one of the best on ball defenders in the state. He attacks the paint off the dribble and finds the open man once there. Campbell is a huge part of this teams chances at a 6A state title. 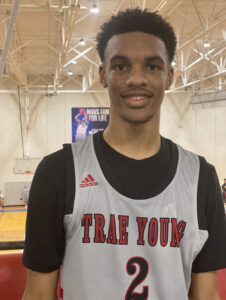 2022 Richardson 6’5 G Rylan Griffen is a true scorer. Let’s just say his feet were set all day to the tune of 25 points in a win for Richardson. The Alabama signee made shots and finished above the rim multiple times. Perfect fit for Nate Oates’ system. 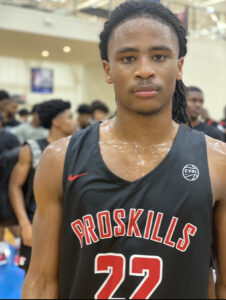 2022 Richardson 6’4 G Cason Wallace was his typical self filling the stat sheet in a win. The Kentucky signee finished with 27 points, several rebounds and assists in the win. It’s his poise, consistent production and attention to detail that has always made me believe Wallace was the best PG in the country. He just keeps getting better. 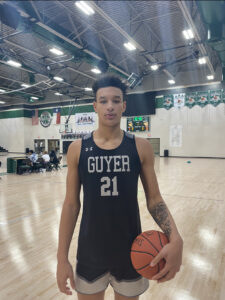 2022 Denton Guyer 6’8 F Kyeron Lindsay continued his ELITE play from the summer. The UNLV signee finished with 24 and 10 in a tough loss to Richardson. The ball finds him because of his activity. He runs the floor well, has great hands and a soft touch around the rim. I expect Lindsay to compete for MWC Freshman Of The Year next year at UNLV.