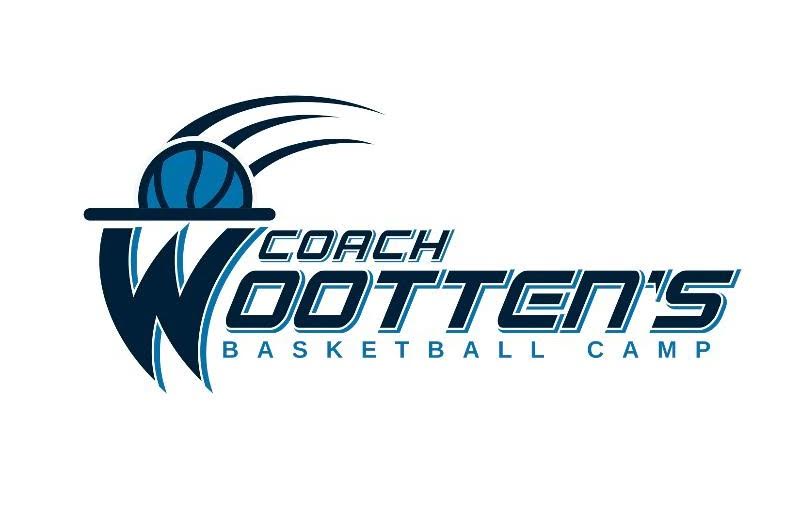 The Wooten Camp gave me a look at how some of the Texans would do against elite national competition. They did exactly what they always do, show up and show out. 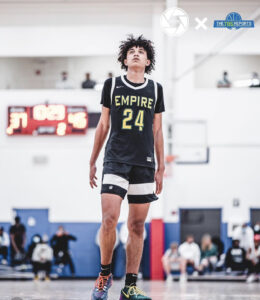 Black was special on Sunday. There isn’t a better word to describe his effort in leading his team to a camp championship. The athleticism, passing, scoring, defense and rebounding are all tools at his disposal that he understands how to use. Black is a 6’7 200 pound prospect that checks every box. We typically call those Pros. 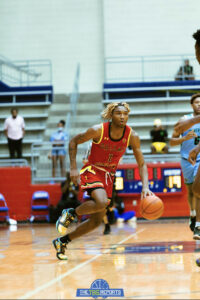 Morris was electric as always. He really focused on getting his teammates the ball and operated as a point guard. He did a great job of getting to the rim off the bounce, drawing an extra defender and finding the open man. He definitely looked like one of the top guards in the country.

Trae did an excellent job competing at the camp. He shot the ball well from three, rebounded and finished at the rim. Great showing for Clayton this past weekend.

I haven’t seen Cam since Peach Jam and you could see a huge difference in his body and his confidence since he’s been at Sunrise. He was equally effective with his back to the basket as he was  facing up. He rebounded out of his area and welcomed the physicality. He’s primed to have a big year his senior season. 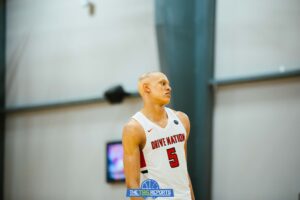 Walsh had himself a nice homecoming in Dallas winning the one on one competition of the camp. His energy was there as always and he showed he’s been in the lab working. His versatility offensively and defensively give him a chance to have an immediate impact at the collegiate level.

Dort was absolutely DOMINANT for two days. He rebounded, blocked shots and had his way in the paint. Dort plays better against similarly sized and talented bigs. He made a strong case for being the best big man in the event.

Robert played with a motor and really used his body to create position in the paint. Robert showed he can consistently use the bounce to drive past bigger defenders and use his body to bully smaller ones. He was exceptional rebounding the entire weekend.

I hadn’t seen DJ in almost 18 months since he left for Minnesota Prep. He looks leaner, more skilled and confident. Jefferson was excellent off the bounce and used his athleticism and length as a defender and rebounder. Tulsa got an absolute steal with this one.

Malik was phenomenal in transition as a slasher. He showed the ability to knock down the three and he looks to be a good defender and rebounder from the wing. Malik is better off the bounce than what I initially thought as well. A lot of value in Central Texas in the 2023 class and he’s right at the top.

Jones had the camp buzzing with his scoring performances on Saturday. He made shots off the bounce and the catch. Jones showed improved athleticism with several finishes above the rim in transition. He a great job getting into his shots off the dribble. A lot of people use the word “crafty” for him. I’m going to use SKILLED. Very skilled as a scorer. 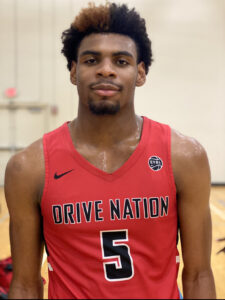 KJ played like he had something to prove this weekend. He had the motor running at a high level and his mid range jumper was automatic. KJ uses a quick first step and his broad shoulders to beat defenders to the rim where he will consistently make highlight plays once there.

Campbell was a key cog in his team winning the camp championship. He ran the team, made shots and was ELITE defensively. He is small in stature but he checks all of the boxes that a small guard should.

JaKobe’s scoring garners a lot of attention and rightfully so. His all around game is what has always impressed me along with his competitive nature. Walter tries to win at everything. Defensively he is a menace and offensively he’s a smooth scorer. Legit top 10 National prospect in the 2023 class.

Steffe did a good job of mixing shooting with his playmaking. One thing about Drew is he’s competitive. The more you chirp at him the better he plays. He consistently made the right plays and had a solid overall camp.

Nazar was apart of the team that won the camp championship. He shot the ball from three well, that wasn’t surprising because he’s known as a marksmen. He showed an improved handle as he got more done off the bounce than we normally see. Naz definitely improved his stock this past weekend.

Reed made his mark at the camp with his scoring. He stretched the floor with his shooting and mixed it up some inside with his back to the basket.

Lowe did a good job of scoring and facilitating. He plays with pace and makes every read out of ball screens. He is an underrated athlete with a high basketball IQ.

Tre made three’s, attacked the rim off the bounce and showed his athleticism. Tre has upside and is already a consistently productive player.

This was my first time seeing Dink since his transfer to Prolific Prep. He’s grown and gotten stronger. He is a smooth guard that can really knock down the three ball and is vastly underrated as a playmaker. As he continues to add strength look for him to take another jump.

Liam is productive in the most important aspects of the game. He can shoot, pass, rebound and he plays with physicality. Liam did a good job showing his overall game in the camp.

Micah is a big wing that is a fluid athlete and understands how to play. He does a good job rebounding, pushing the ball
up the floor in transition and finishing around the rim. He is vastly underrated among his peers nationally at this time.